A ‘killer’ evening with Almost Queen 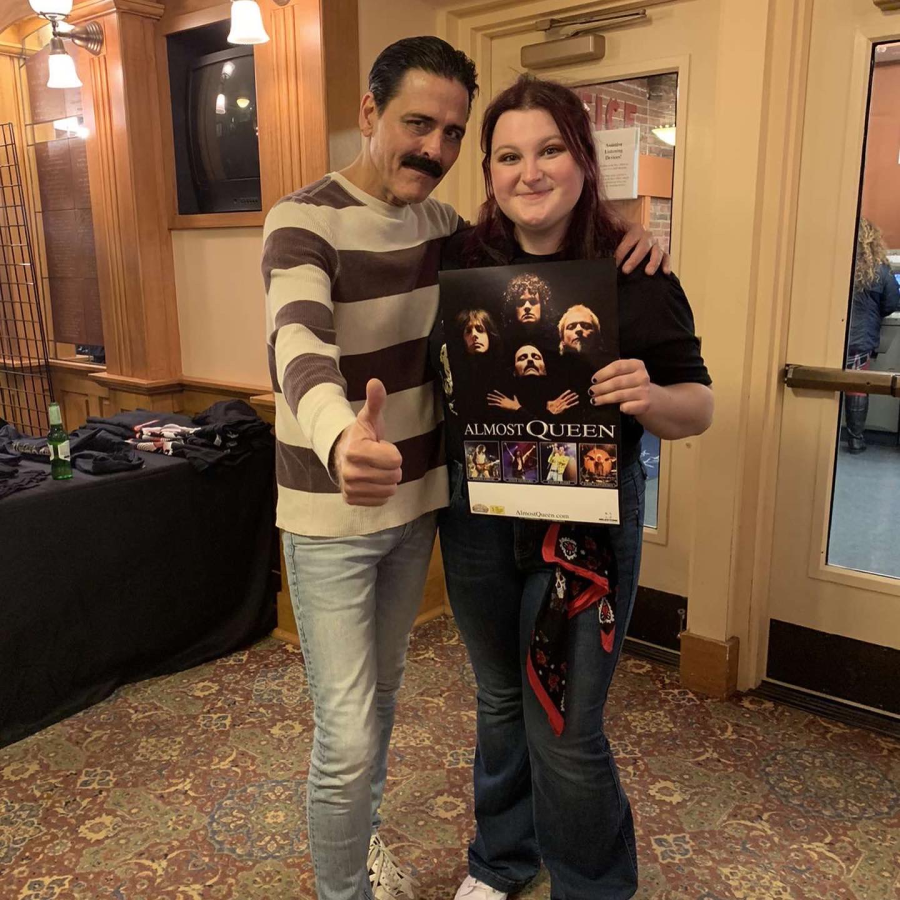 On Oct. 23 at the Capitol Center of the Arts in Concord, I attended a concert to see the Queen tribute band, Almost Queen perform.

As one of the younger people in the audience, I was disappointed that more people weren’t dancing, but it only took a song or two before I was out of the seat dancing to the set of Queen classics.

Throughout the entire show, the band engaged the audience. Whether they were encouraging the crowd to clap along to “Radio Gaga,” or summoning them to sing along. Almost Queen’s energy was high, and the band was determined  to get the crowd involved.

Almost Queen played many of the band’s hit songs, including “Bohemian Rhapsody,” “Another one Bites the Dust” and “We Will Rock You/We Are the Champions.”

Like with the original Queen, each member in the tribute band had quite the stage personality.

Guitarist Steve Leonard’s skills were incredible, whether it was a guitar solo or the signature Brian Mays riffs.  Leonard looked genuinely  happy on stage and often smiled at concertgoers.

Bassist Randy Gregg  also engaged  the audience, pointing or waving to the crowd  and handing out bass picks. Gregg danced along to the beat, grabbing the attention of many fans, especially the ladies.

After the concert with two picks and a poster in hand, I had the opportunity to meet the drummer and lead singer. With an overwhelming number of  fans waiting to get pictures, I got to talk with them a bit and mentioned how I had seen them at a previous show in Rochester.

After taking photos and getting autographs, I left the venue exhilarated and feeling like I “almost” saw Queen.