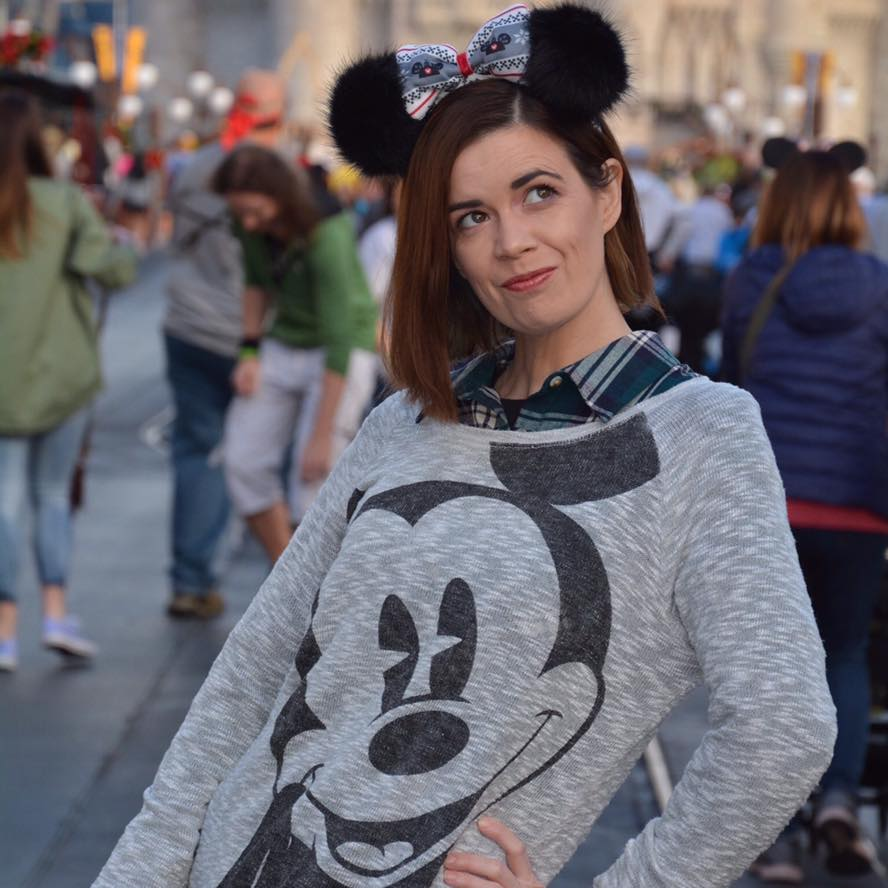 As she passes through each room for her daily check, Ms. Parkinson, PA’s Director of Curriculum, cheerfully greets the teachers and students. As she does, her mind will occasionally wander to dreams of Disney World.

For nearly 20 years, Ms. Parkinson has been a pass-holder at the Walt Disney World Resort.

The first time she went to Disney was when she was 8 years old. From there, she continued going on trips throughout high school with her parents and, as an adult, she has traveled to Disney whenever she can.

Ms. Parkinson plans at least two trips a year, averaging seven days (her longest trip was 18 days), walking 8-12 miles in a single day. In a calendar year, her longest time spent at Disney totaled to 41 days.

To put this into perspective, she spent a ninth of her year at Disney World alone. This may be enough to exhaust the average tourist, but not Ms. Parkinson.

However, last year, due to COVID-19 restrictions, she was unable to make the trek to Florida for the first time in 20 years. Her plan was to go in March for her 40th birthday, and she even had a custom-made shirt made to celebrate the occasion. Sadly, like many things, the pandemic pulled the plug on those plans.

But she is not going to let this deter year. “My plan is to go this summer and pretend it’s still my 40th birthday. That way, I’ll still get to use the shirt,” Ms. Parkinson said.

As far as Disney’s cuisine, Ms. Parkinson’s favorite place to eat is the 50’s Prime Time Cafe for the “vanilla Coke” with her go-to restaurant being the Yorkshire County Fish Shop for their unparalleled fish and chips.

“My dream job would definitely be the guide for the ‘Living with the Land’ ride in Epcot, especially because it is air conditioned,” she said.

And her trips only cover half of her Disney obsession. The other half can be found at her home.

Ms. Parkinson describes her Disney swag as “intense” and said that she has boxes and boxes of mainly “Star Wars” and “Sleeping Beauty” toys, along with other collectables.

“I don’t really have any Mickey Mouse or Winnie the Pooh,” she said. “It’s mostly my own stuff. At one point, I only collected Sleeping Beauty’s with blue dresses since they were rare.”

Even with her collection “taking over the entire house,” she said that it’s her “normal.”

“I can’t really tell you what other people think about [her Disney obsession] since it is just such a massive part of my life,” she said.

For Ms. Parkinson, Disney has become a part of her. Though COVID-19 has held her back from going, her spirit has stayed strong. Proud of her uniqueness, she plans to continue her love for Disney and continue her lengthy trips in the future.