Frazier finds success on the slopes 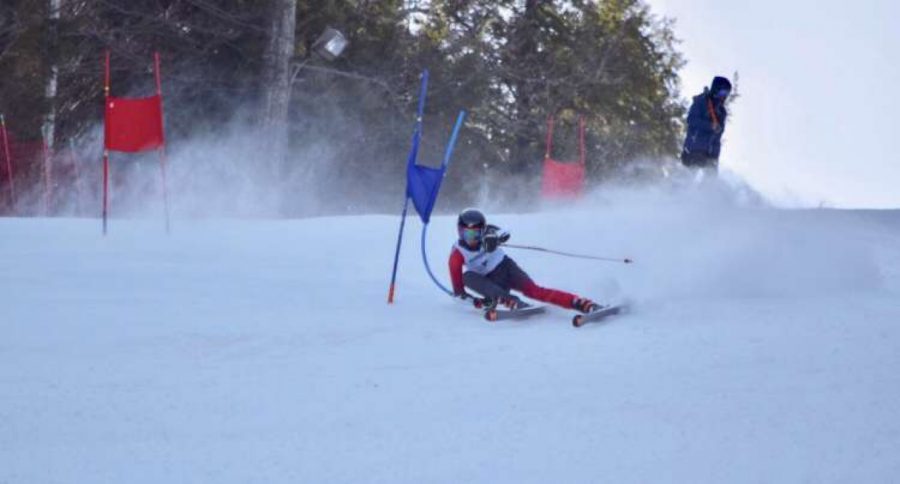 Since he was 10 years old, senior Jackson Frazier has been ski racing, beginning at the McIntyre Ski Area in Manchester, N.H.

When Frazier started skiing, he hated it at first, but his parents kept pushing him to take lessons, and after a year he started to enjoy the sport. “I love the thrill of going fast and pushing yourself out of your comfort zone. It forces me to be dedicated and disciplined to get better and improve,” said Frazier

Frazier is now a member of two ski teams: the Pat’s Peak ski team and the team at Pembroke Academy. While Frazier has won races for PA, his highest placement for the club team is third.

He said he skis six days a week mid-season, and as the season winds down, he’ll hit the slopes three to four times a week.

And all of the time contemplating life on the ski lifts has paid off.

Frazier made The Meet of Champions, New Hampshire’s elite invitational, three years during his high school career: as a freshmen, a junior and again as a senior year. This year, Frazier placed fourth in giant slalom and fifth in slalom.

Frazier said he prefers the intensity of competitive racing to recreational skiing.

“I like racing a little more than recreational partly because of the sport in it,” said Frazier. “I like the competitiveness to be faster than the other people and seeing myself beat kids that have consistently beat me in the past.”

Next year, Frazier will attend Castleton University in Vermont, where he will be the first Pembroke Academy skier to commit for collegiate varsity skiing.

“I plan to improve a lot at Castleton and put my full effort into my last four years of racing,” he said. “But, of course, I’ll have a lot of fun.”